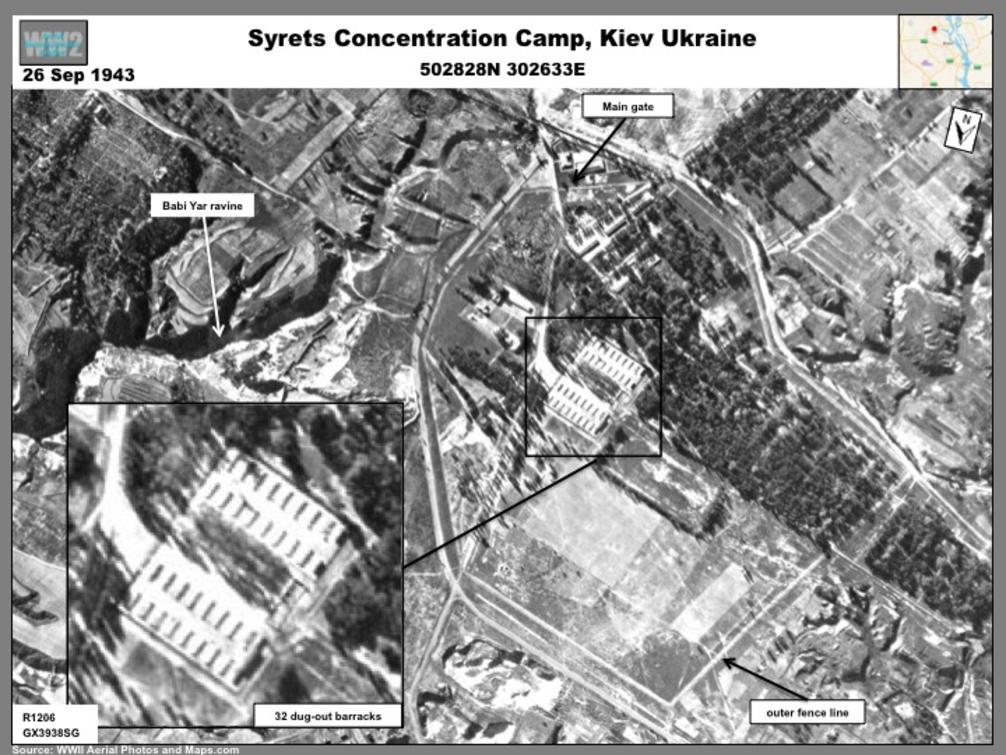 ​​​​This set of graphics show the Babi Yar ravine and adjacent Syrets Concentration Camp at the time when the Germans were preparing to abandon Kiev, Ukraine. The Syrets camp consisted of 32 underground barracks which held the prisoners and an adjacent guards barracks (Graphic 2).  Between 19 August and 28 September 1943, camp inmates exhumed bodies buried in the ravine and cremate them on pyres built on tombstones from the nearby Jewish cemetery.  Graphic 3 shows smoke from the probable burn pits at the southern end of the ravine.  A roadblock had been eastablished  across the road at the southside of the ravine.  According to an eyewitness sentries were posted on the road near the cemetery to prevent passage while the cremation was in progress. (1) 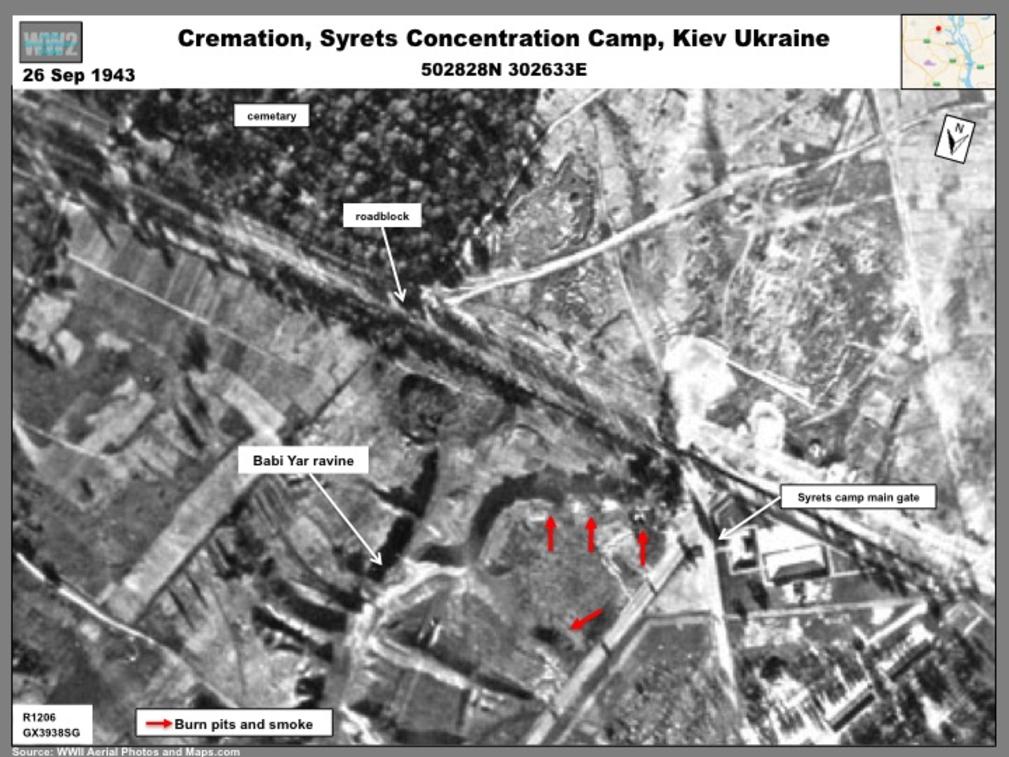 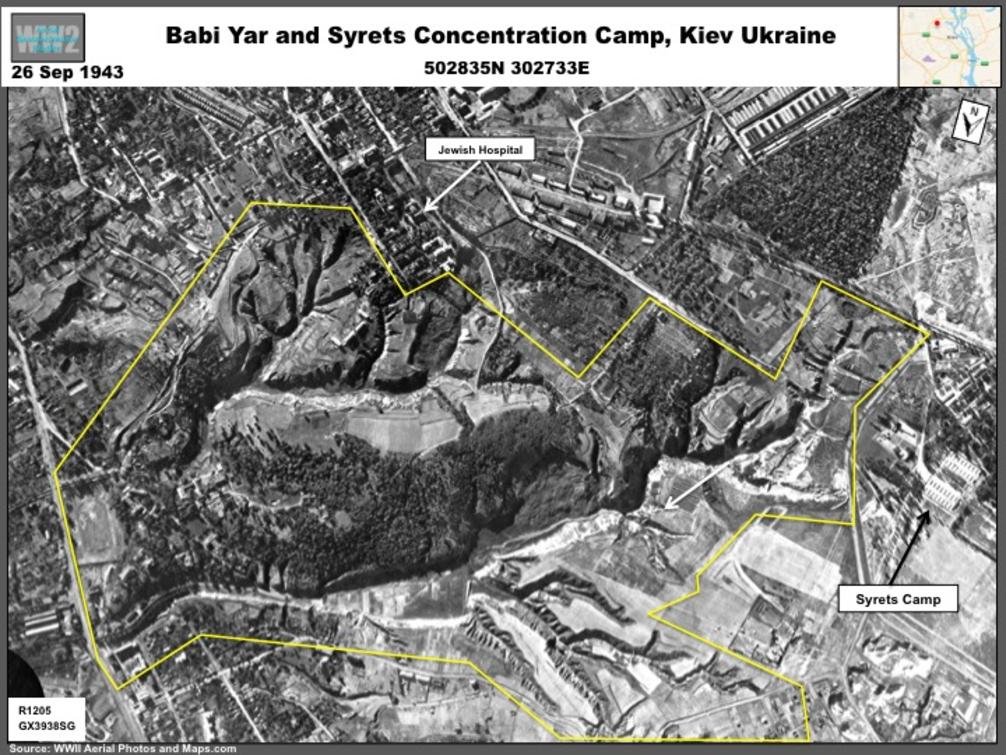