​​A new annex of the arms manufacturer ALKETT (Altmärkische Kettenwerke GmbH)* was under construction at Falkensee on the western outskirts of Berlin on 6 September 1943 (Graphic 1).  From 1937, ALKETT was a major producer of armored vehicles for the Wehrmacht.  In1943 the focus of production was the Sturmgeshutz III (StuG III) assault gun, Germany’s most produced armored vehicle. The new facility was located about 20 km west other ALKETT plants in the Borsigwalde, Tegel, and Spandau districts of Berlin.   In November 1943, the three main ALKETT plants suffered heavy damage from allied air attacks, virtually halting production, which did not recover until the new annex came on line in June 1944.

The 6 September coverage showed the Falkensee plant in mid-stage construction.  The production halls and a power plant were externally complete, but rail, power and water infrastructure were still unfinished.  Despite the ongoing construction, attempts were already being made to disguise the plant from the air by applying camouflage netting to simulate street patterns (Graphic 2).  Camouflage work was still in progress, as sections of netting were laid on the ground west of the plant.  Netting also appeared to have been laid intermittently across a nearby small lake.

Although the main ALKETT facilities were not covered on 6 September, a probably associated rail-served military depot (not shown) was identified about 2 km to the east.  The facility (at 523302N 131003E), very likely the ALKETT vehicle repair depot, consisted of two secured areas on either side of the Falkenseeer Chussee.  A probable repair facility on the north side of the road contained three large halls, several shop buildings and a rail loading facility, while an open storage area to the south contained hundreds of vehicles including many probable armored chassis.

A subcamp of the Sachenhausen concentraton camp was located next to the ALKETT annex (Graphic 3; see related article on the Falkensee Labor Camp).  On 6 September there were two labor camps in the vicinity of the plant. The camp nearest the annex was being expanded and another large housing area to the north --which possibly also included forced labor housing-- was under construction.

* some references indicate that the plant belonged to DEMAG GmbH 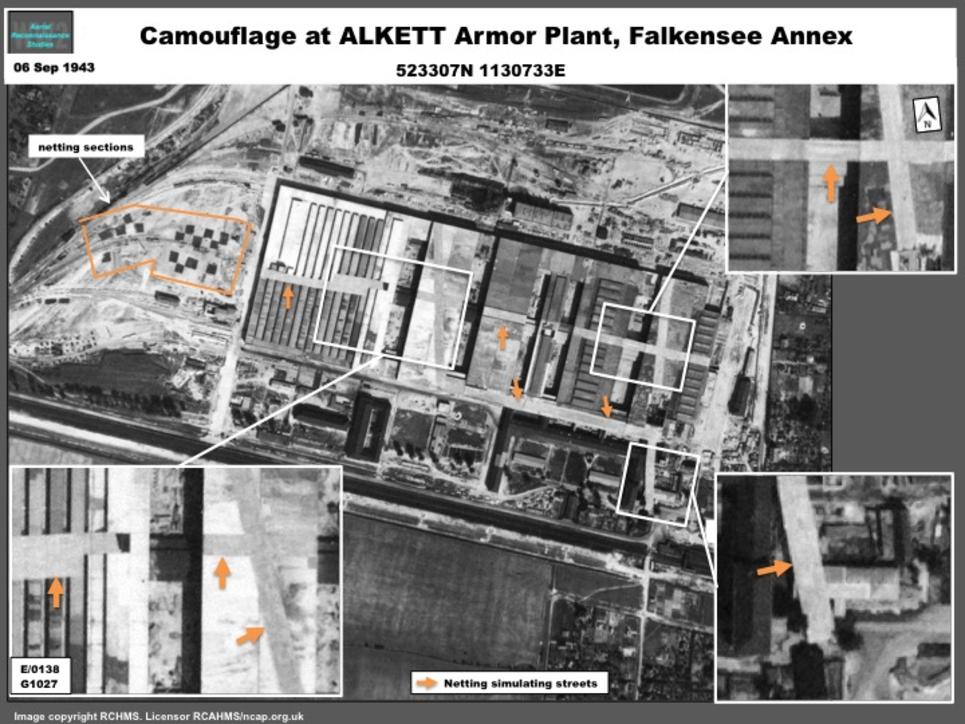 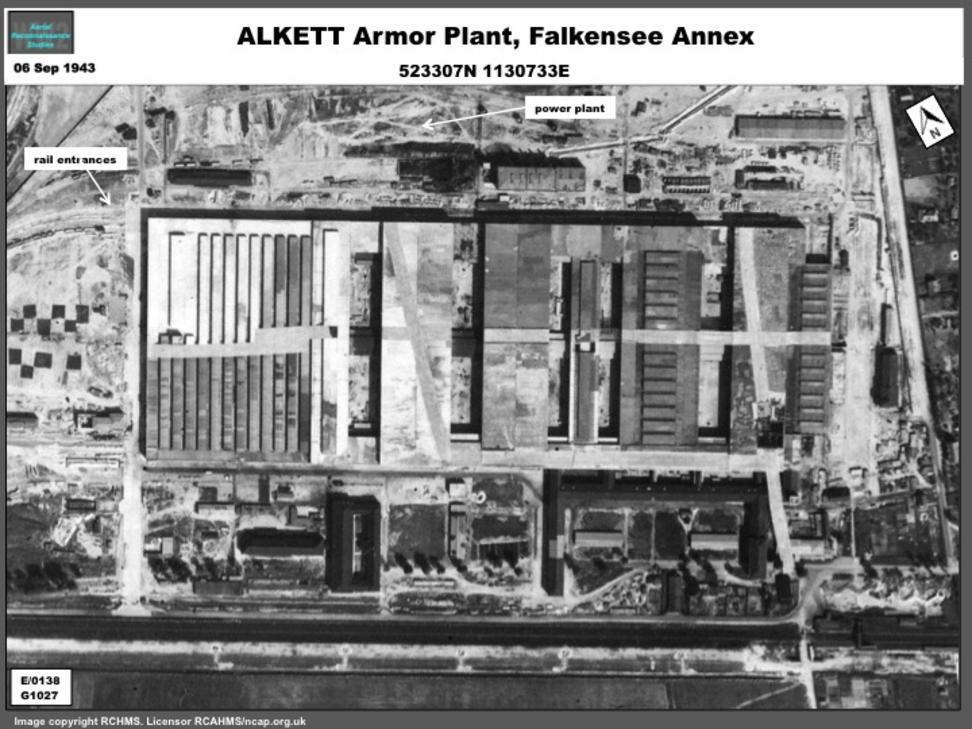 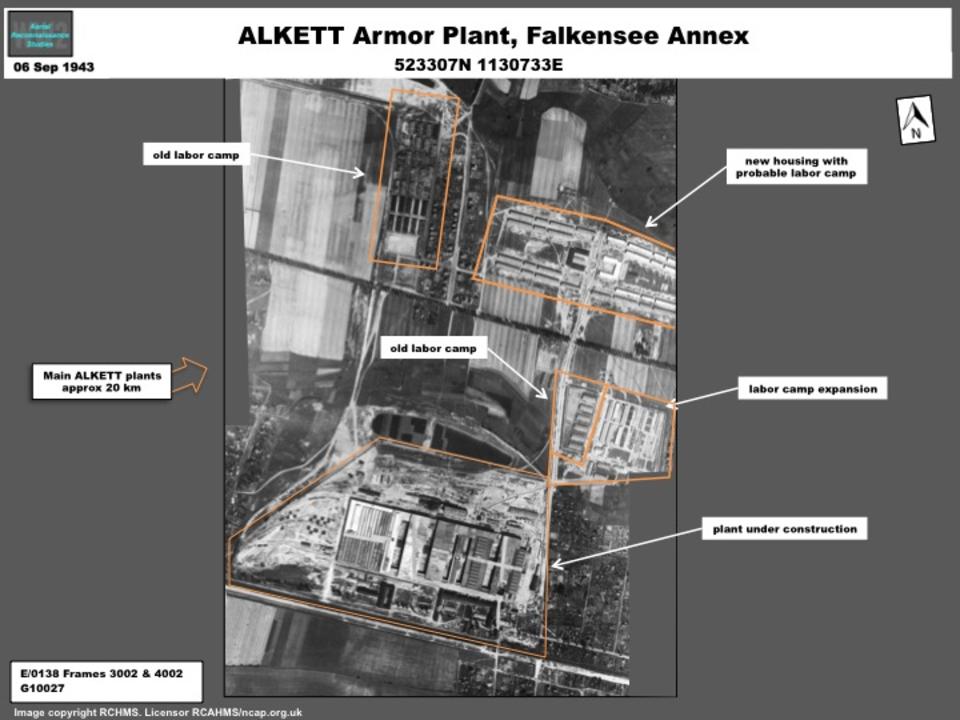 The ALKETT Armor Plant at Falkensee