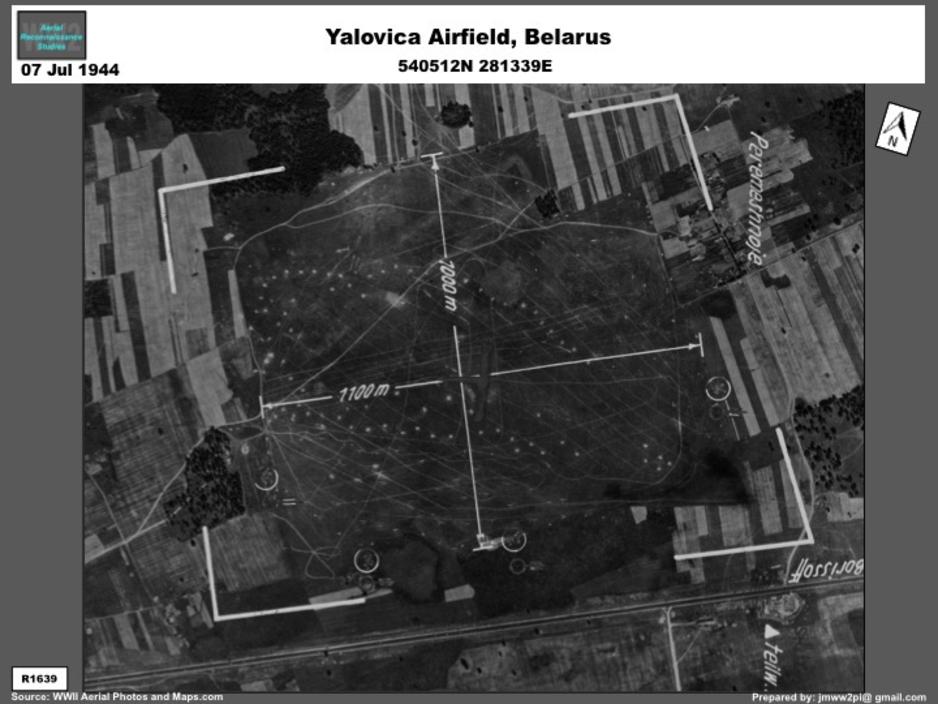 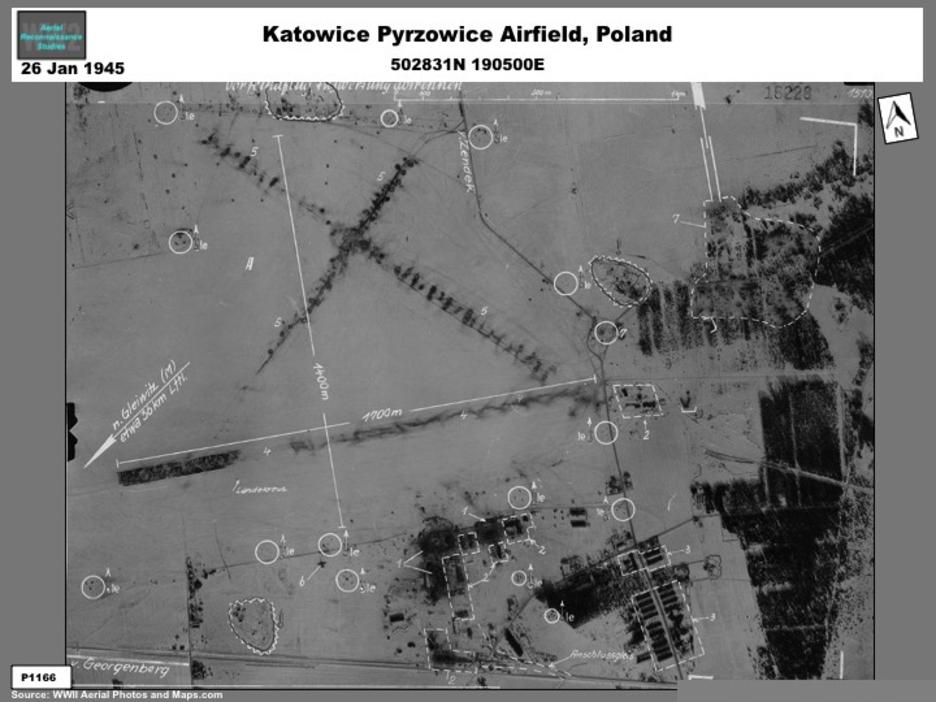 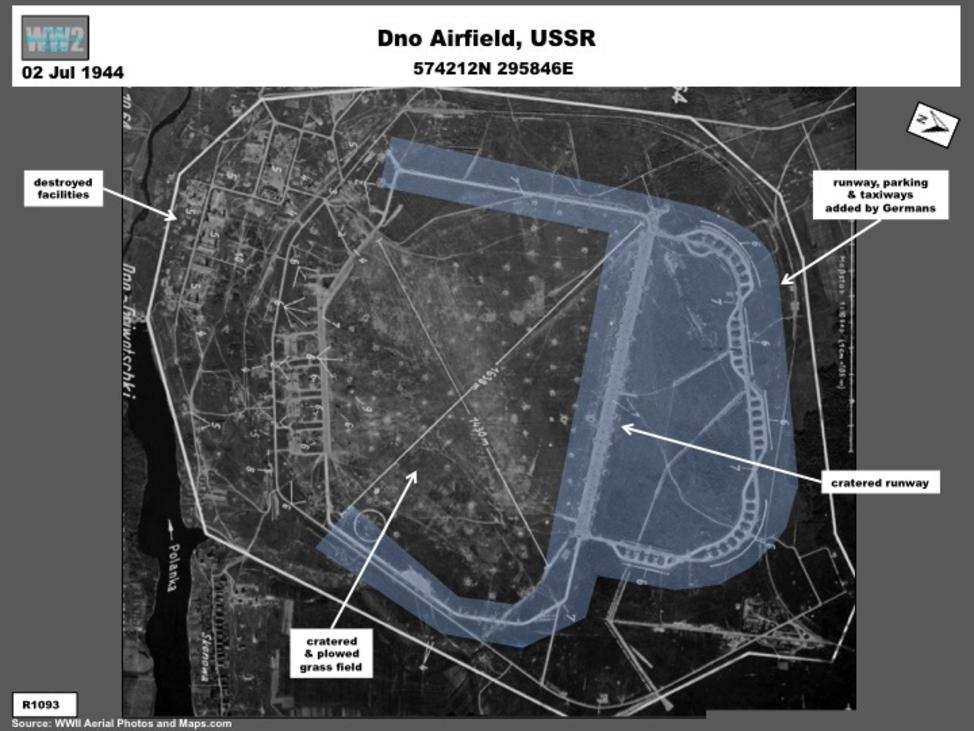 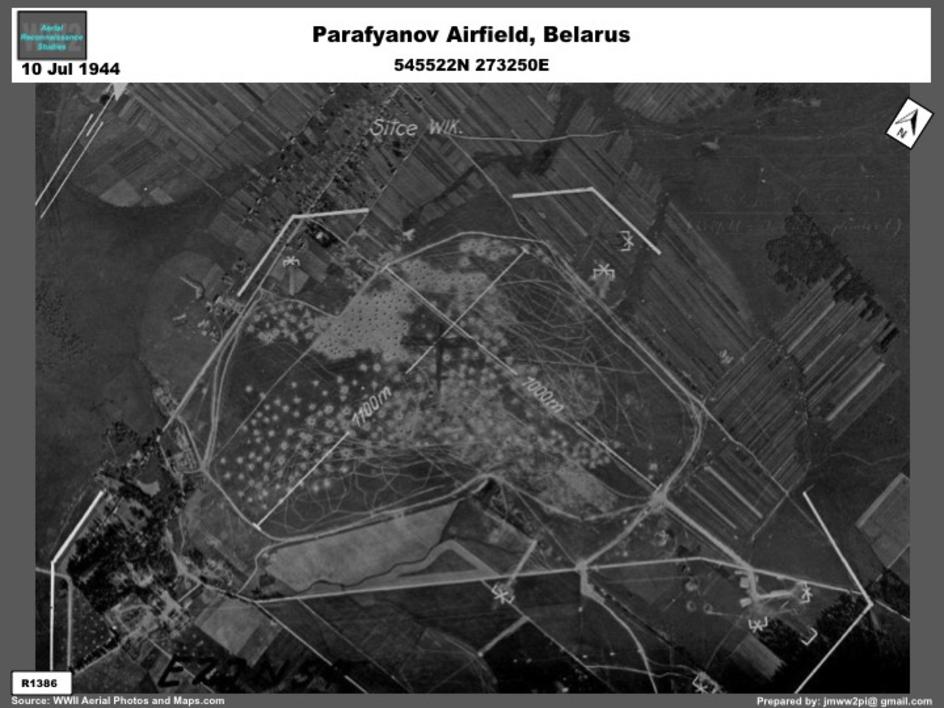 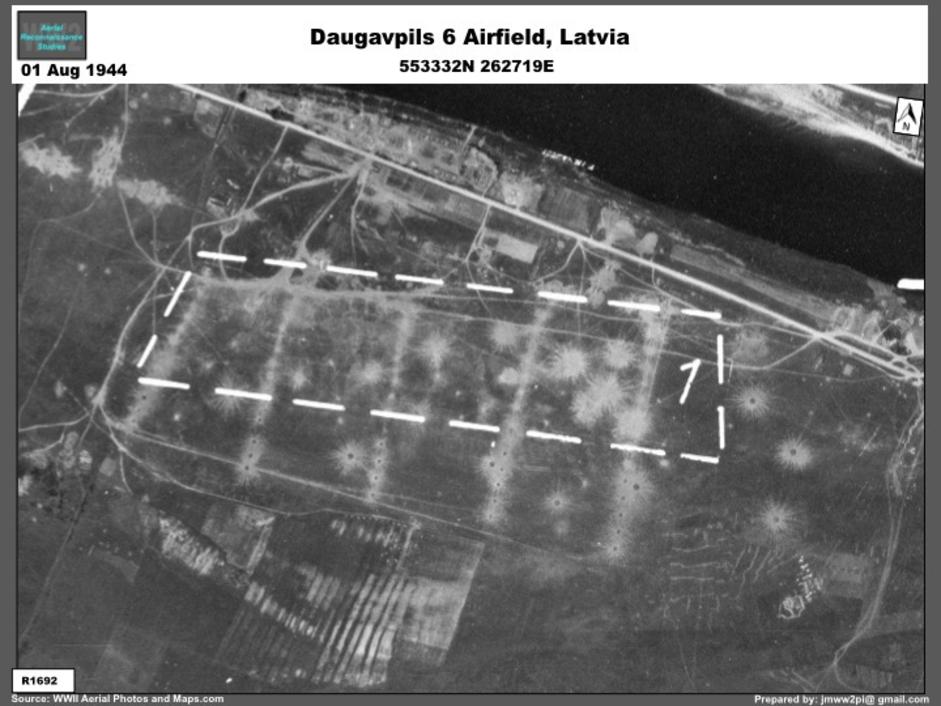 As Germany retreated on the Eastern Front, the Luftwaffe tried to deny use of airfields to the advancing Soviets.  Methodically, the Germans demolished airfields by cratering runways, plowing grass strips and parking areas and destroying buildings. This approach was only temporarily successful, since many bases were quickly repaired by the Soviets or were bypassed using hastily constructed temporary fields.  There was available coverage of more than 40 abandoned Luftwaffe airfields on the Eastern Front; graphics of representative examples are located below. 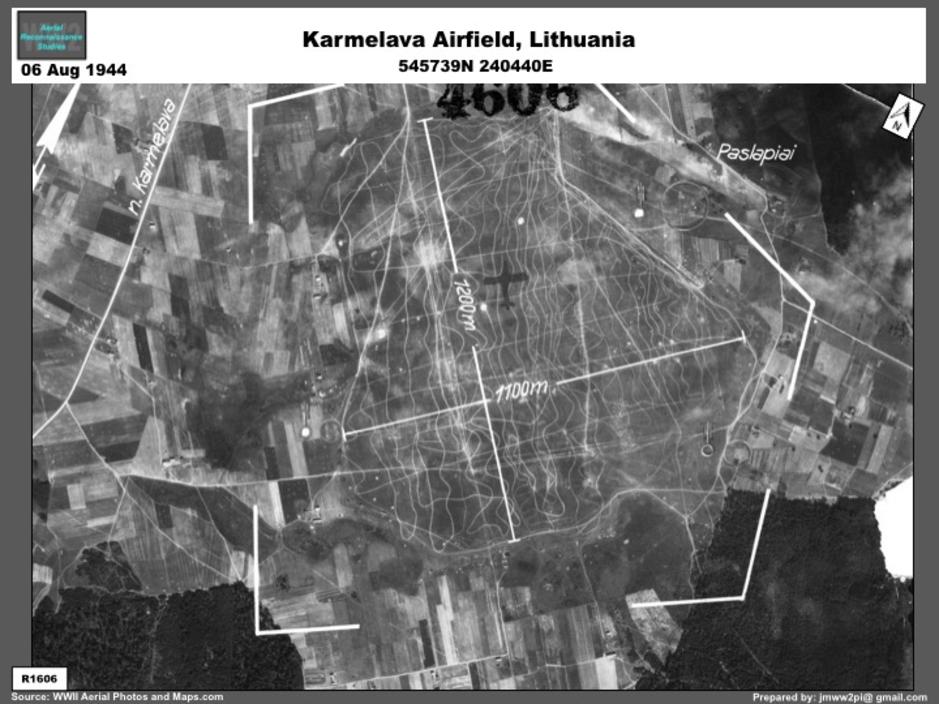 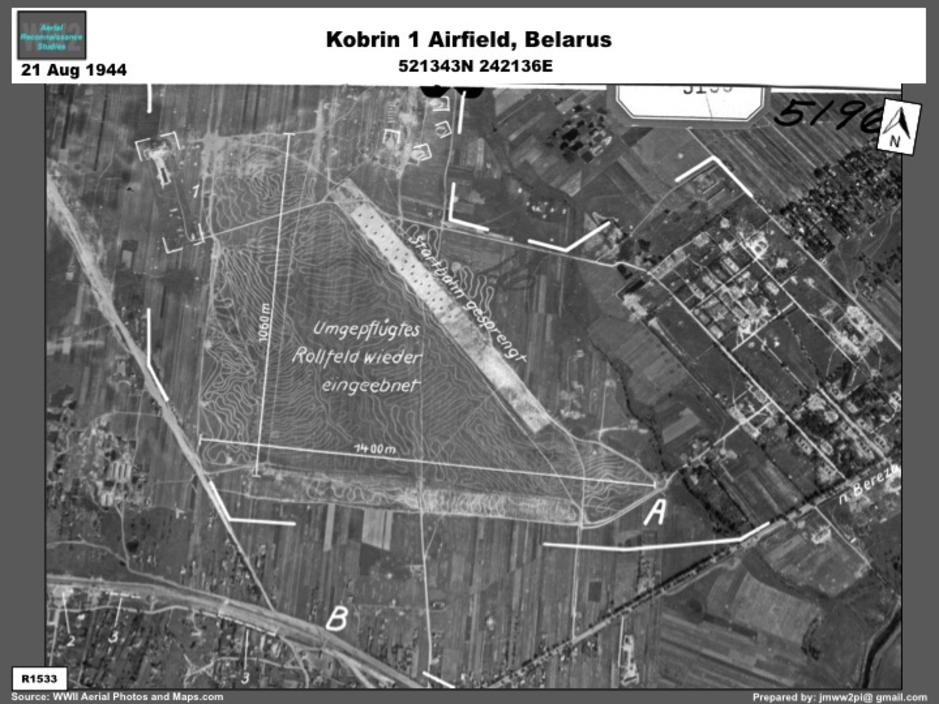 A sampling of other demolished Luftwaffe airfields are shown in the following graphics. Note that not all had permanent runways.   Chekovsky, Matyasfold, Katowice, and Terespol had all been occupied by the Soviet Air Force in spite of the destruction of facilities. 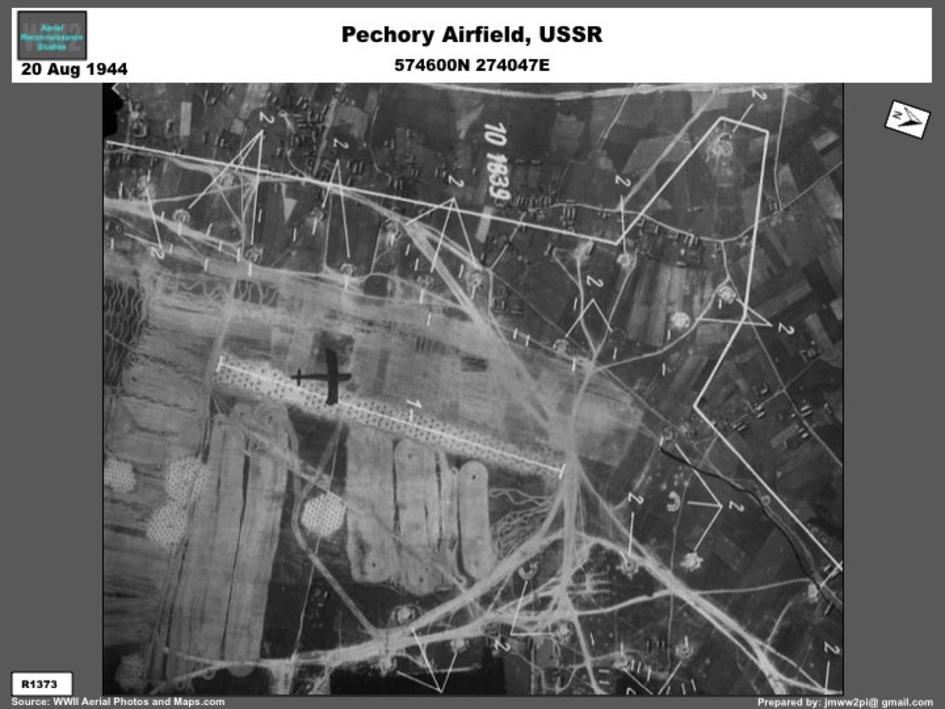 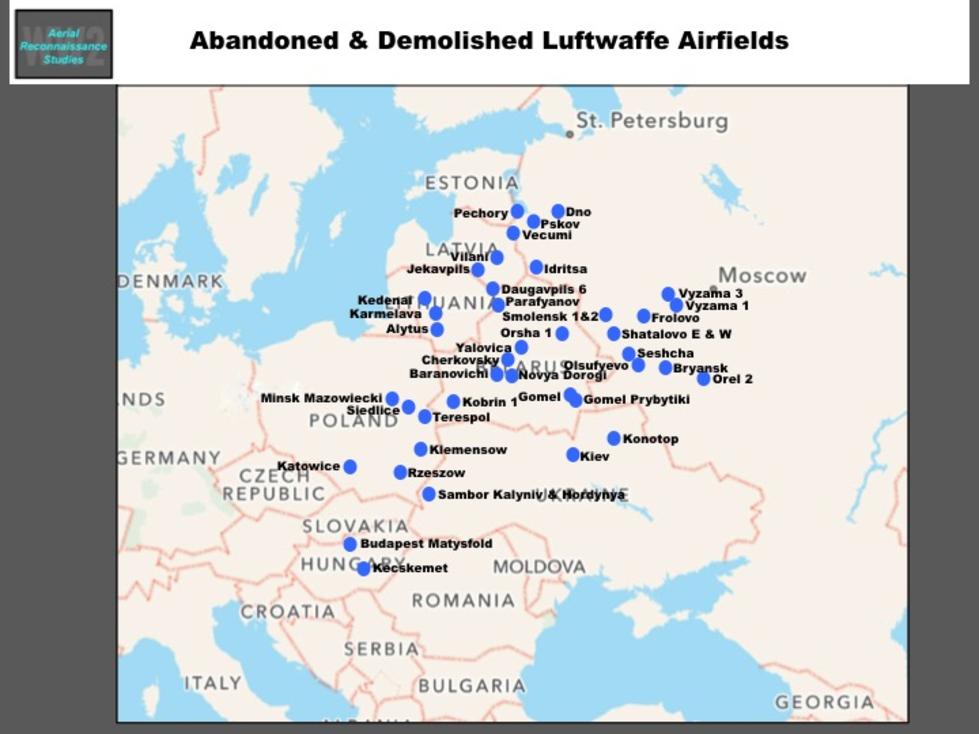 Seshcha Airfield (below) was a major Soviet airfield subsequently used by the Luftwaffe. By mid-August 1943 the runway and some of the grass infields had been cratered and buildings had been destroyed. The inset shows a bomb being placed in an excavation in the runway. 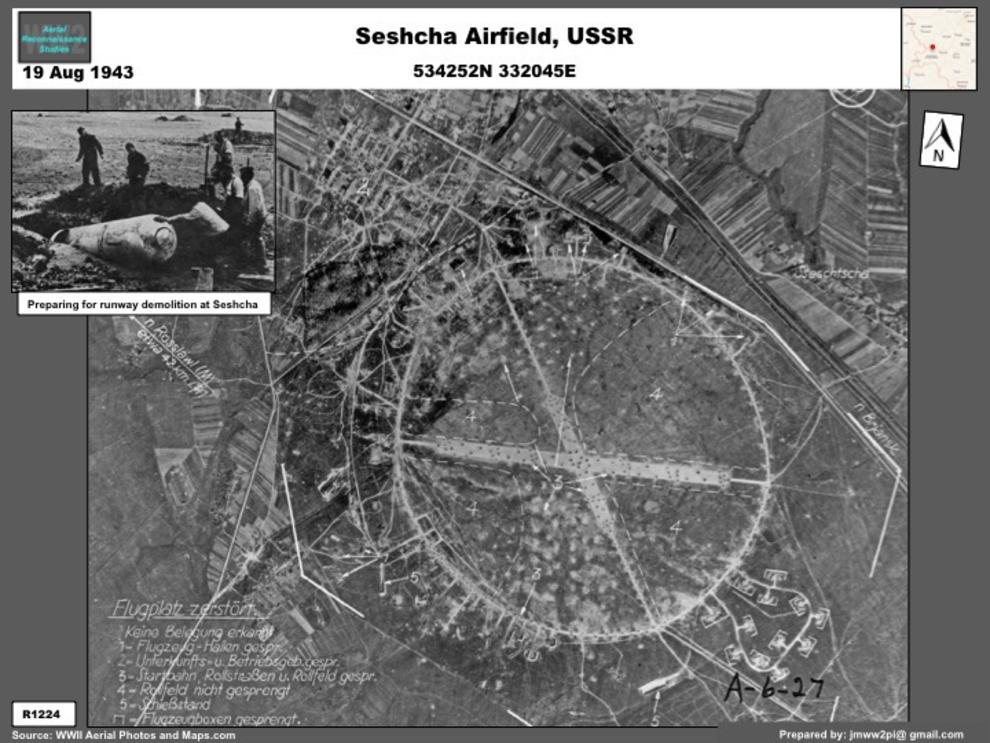 Dno Airfield (below), located south of Leningrad, underwent major improvement after it was captured by the Germans. A new all-weather runway and extensive dispersal parking were constructed.  However, by July 1944, the new runway, grassy areas and support facilities had all been demolished. 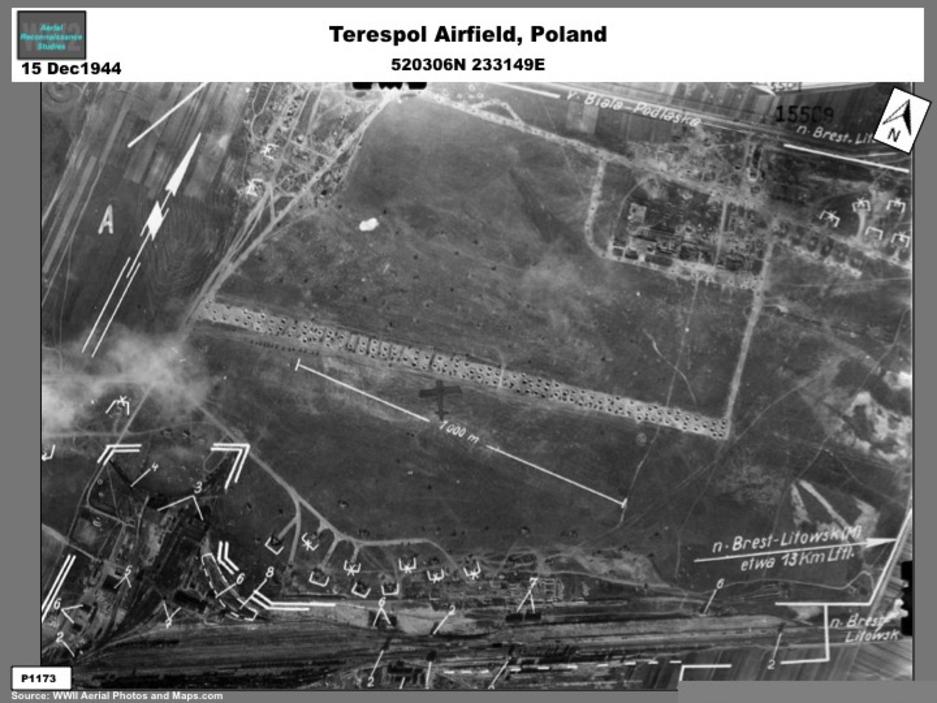 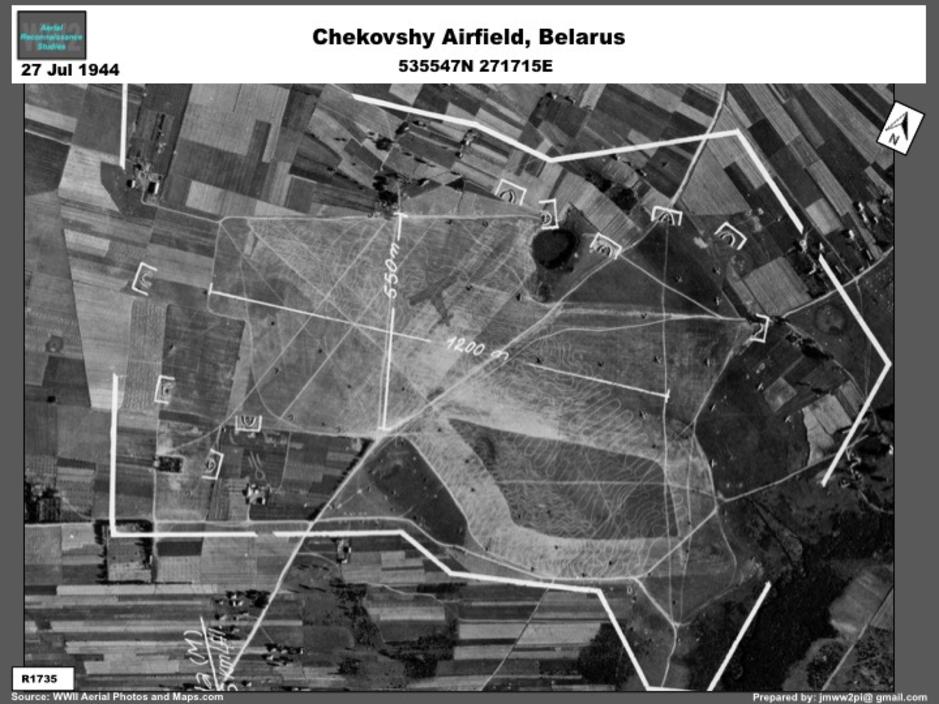 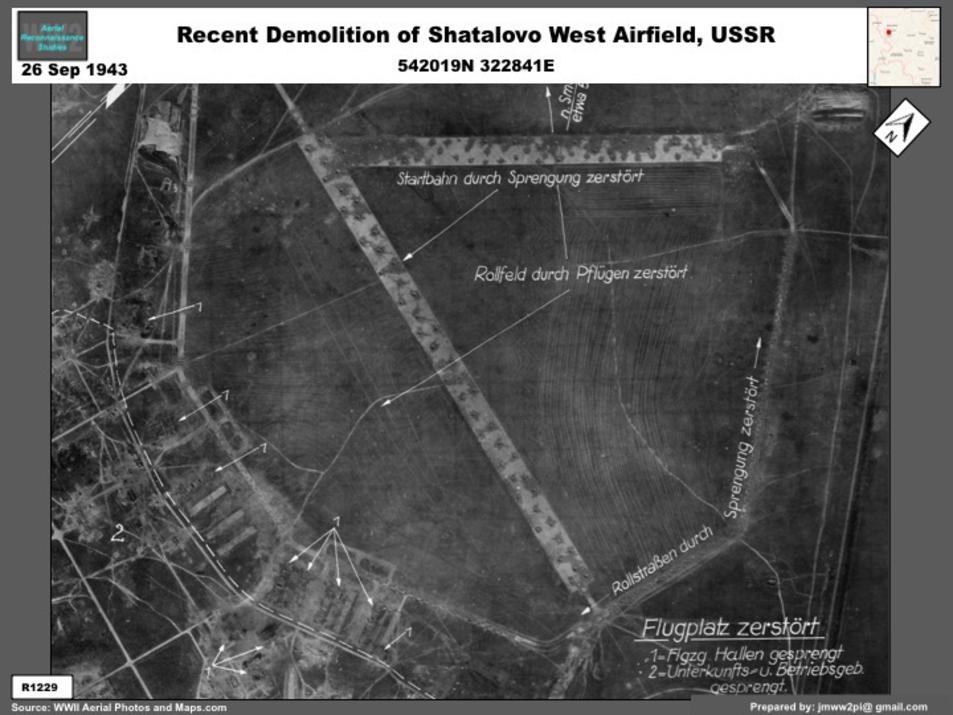 On 21 September 1943 bombs could be seen next to excavations at Smolensk 1 Airfield (Below).  By 13 October, runways, parking areas, and buildings had been demolished. 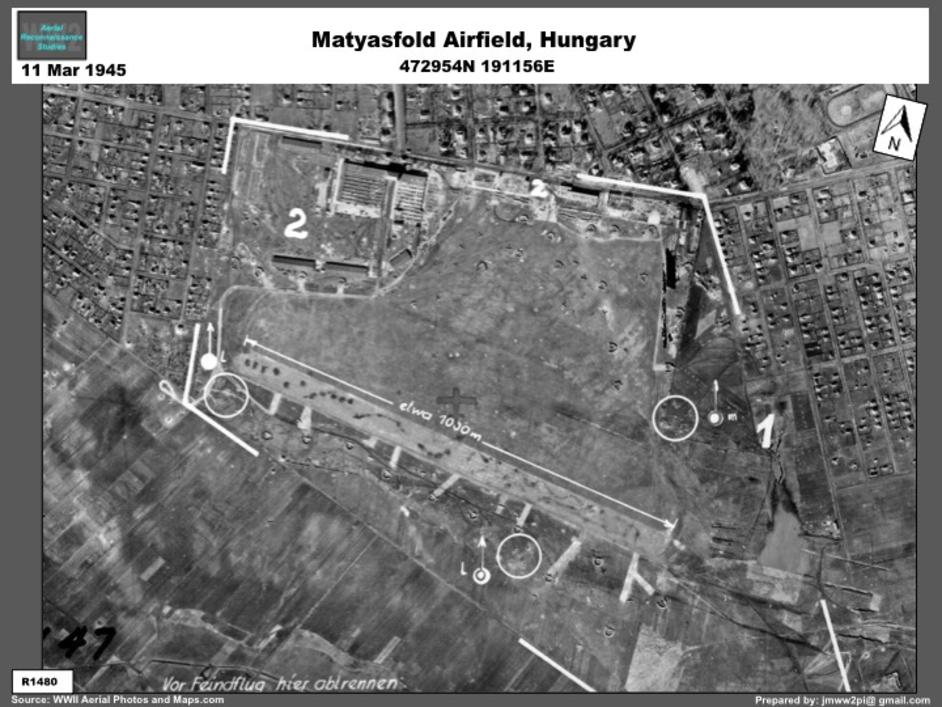 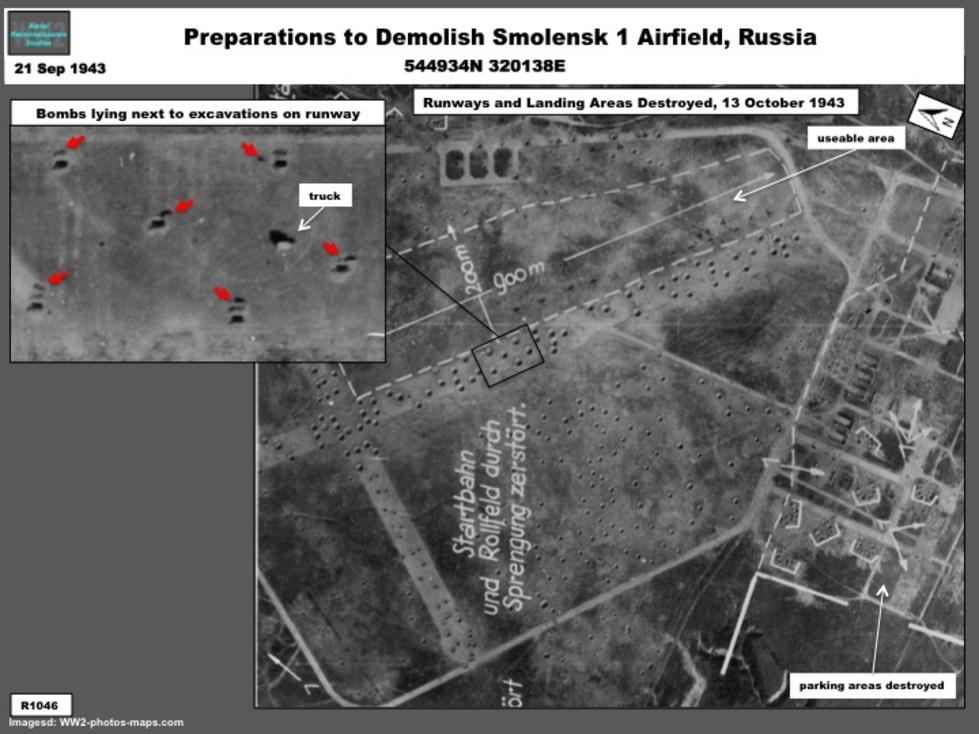 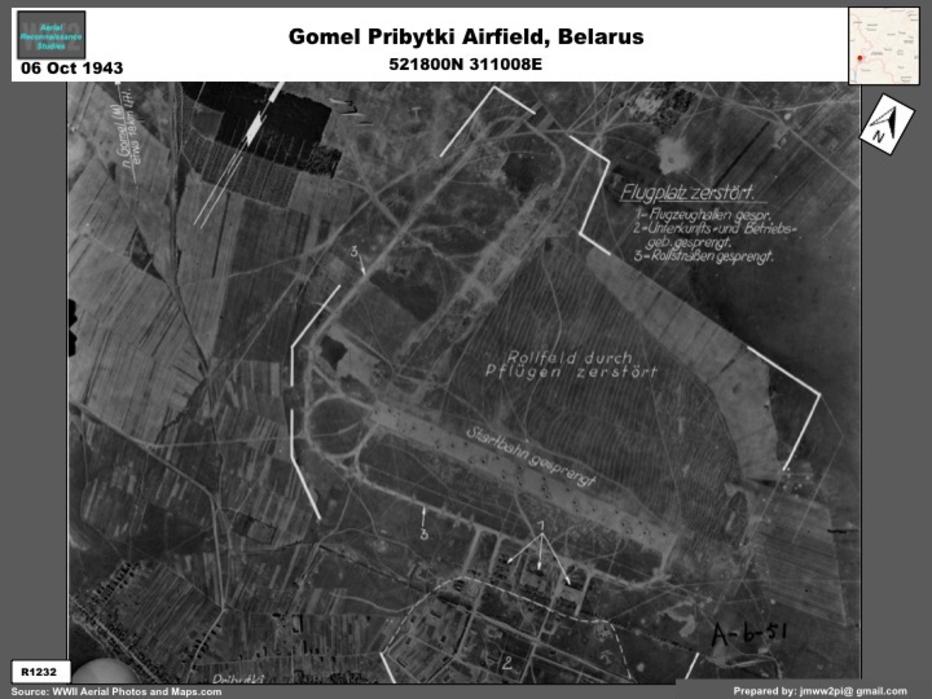 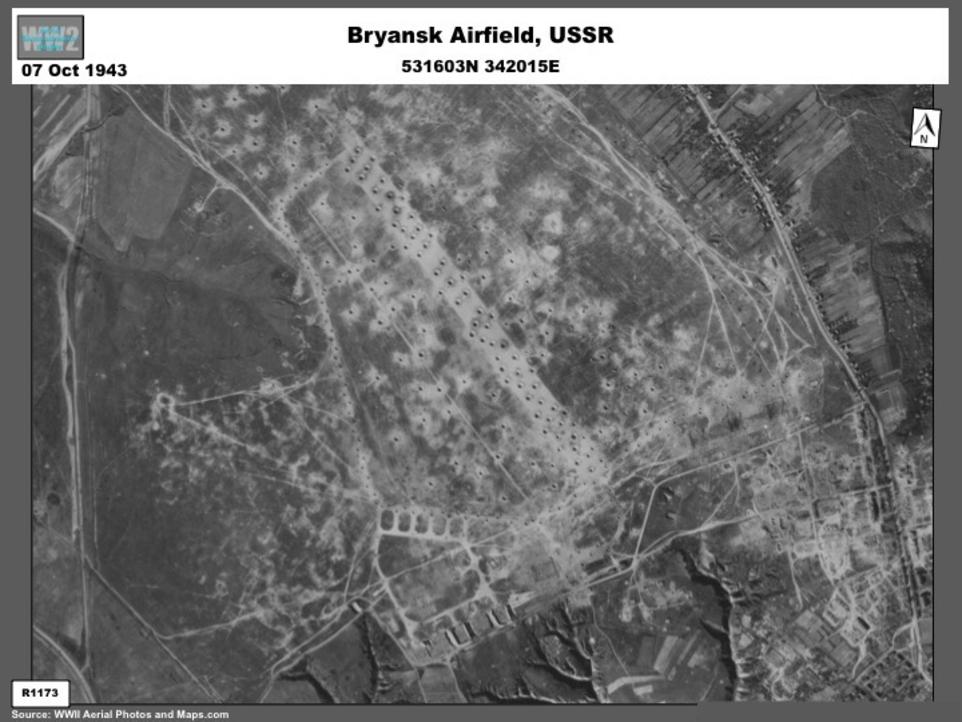 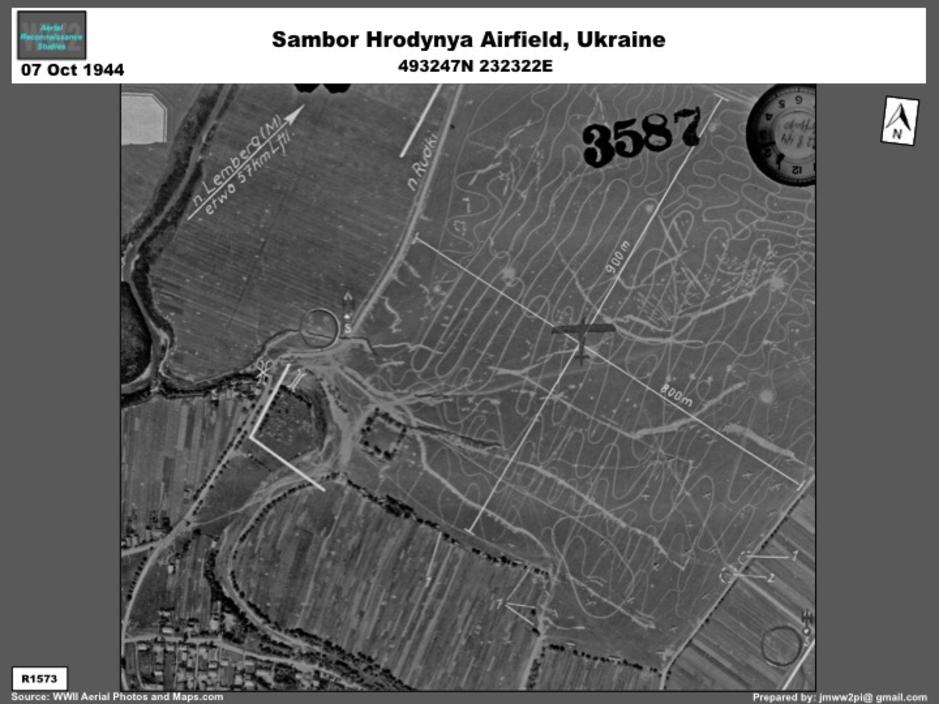